The following article is an extract I have taken from the book: Jeanne Guyon: An autobiography, a remarkable study on dying to self and learning the higher ways of God through surrender of the self life.

How very narrow is the gate that leads to a life in God! (See Matthew 7:14.) How little one must be to pass through it, it being nothing else but death to self! But when we have passed through it, what enlargement do we find! David said, "He brought me forth also into a large place" (Ps. 18:19). And it was through humiliation and abasement that he was brought there.

The order of Divine Providence makes the whole rule and conduct of a soul entirely devoted to God. While the soul faithfully gives itself up to Providence, it will do all things right and well, and will have everything it needs without its own care, because God, in whom it confides, will make it every moment do what He requires, and will furnish it for the proper occasions. God loves what is of His own order, and of His own will not according to the idea of the merely rational or even enlightened man for He hides these abandoned souls from the eyes of others in order to preserve them, in that hidden purity, for Himself.

But why is it that such souls commit any faults? Because they are not faithful in giving themselves up to the present moment. Often too eagerly bent on something, or wanting to be over-faithful, they slide into many faults, which they can neither foresee nor avoid. Does God then leave souls that confide in Him? Surely not. He would sooner work a miracle to hinder them from falling, if they were resigned enough to Him. They may be resigned as to the general will, and yet fail as to the present moment. Being out of the order of God, they fall. They renew such falls as long as they continue out of that divine order. When they return into it, all goes right and well.

Most assuredly, if such souls were faithful enough not to let any of the moments of the order of God slip, they would not thus fall. This appears to me to be as clear as day. As a dislocated bone, out of the place in which the economy of divine wisdom had fixed it, gives continual pain until restored to its proper order, so the many troubles in life come form the soul not abiding in its place, and not being content with the order of God and what is afforded in it from moment to moment. If men rightly knew this secret, they would all be fully content and satisfied.

But alas! Instead of being content with what they have, they are always wishing for what they do not have, while the soul that enters into divine light begins to be in paradise. What is it that makes paradise? It is the order of God, which renders all the saints infinitely content, though very unequal in glory! How does it happen that so many poor, destitute people are so contented, and that princes and potentates, who abound to profusion, are so wretched and unhappy? It is because the man who is not content with what he has will never be without craving desires, and he who is the prey of an unsatisfied desire, can never be content.

All souls have more or less of strong and ardent desires, except those whose wills are lost in the will of God.

A Possession of the Lord

Meanwhile, the possession that the Lord had of my soul became stronger every day, inasmuch that I passed whole days without being able to pronounce one word. The Lord was pleased to make me pass wholly into Him by an entire internal transformation. He became more and more the absolute master of my heart, to such a degree as not to leave me a movement of my own. This state did not hinder me from condescending to my sister and the others in the house. Nevertheless, the useless things with which they were taken up could not interest me. That was what induced me to ask leave to make a retreat, to let myself be possessed of Him, who holds me so closely to Himself in an ineffable* manner.

[ ineffable:
1. too overwhelming to be expressed or described; inexpressible
2. too awesome or sacred to be spoken ] 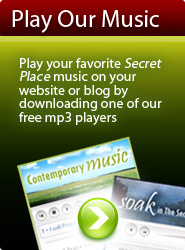