A special place for the friends of The Secret Place. 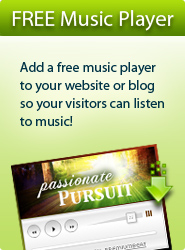 His mission to "feed the world presence bread from heaven" finds its expression in a free monthly podcast Musical Manna that reaches over 100,000 subscribers from every corner of the globe.

Ray and his wife currently pastor Pursuit Church which they started in 1990 and have been faithfully serving ever since. Ray is a devoted family man. He and his wife have 3 grown daughters who serve the Lord in various parts of the world. Ray and Pam currently make their home in the beautiful city of Auckland, New Zealand (land of the Hobbit and other lovable creatures!)

Raymond Allan Watson - Born 1953, Wellington, New Zealand, the eldest of seven ( six boys and one girl!) Raised in a musical family, my earliest recollections are filled with happy memories of good ol' sing songs in the family car, my dad thumping the old upright piano, and a small boy lying awake every night hoping to hear "God save the Queen" on his parents' radio. We were all blessed with gifted voices and a passion for music that was excelled only by our mother's insistence that we sing at any old folks home or benevolence society that would host our budding family talent. Life was filled with piano, singing and cello lessons, and endless rehearsals for school musicals and operatic societies.

Our dear mother saw to it that we went to the Methodist Sunday School every week, and family discipline was rigid. I was saved at a Billy Graham crusade in Auckland when I was 14, and have remained committed to the call of God on my life ever since that time. "Raise up a child in the way he should go, and when he is old, he will not depart from it." Looking back over my life, I am grateful for this time of preparation and training.

Upon failing entry into medical school, ( thank God! ) I pursued a more logical course of study and completed a MusB from Otago University in 1976. After 12 years of teaching music in New Zealand secondary schools, including a 3 year appointment as "Composer-in-schools", I left the teaching profession to answer a definite call to full time ministry. The Lord spoke to me through Acts 15:16 about rebuilding the "Tabernacle of David". Although my understanding of what this meant was incomplete, I began to give myself to worshiping the Lord for hours at a time, and devoting much of my time to songwriting and music. The band ASAPH ( Asaph was king David's chief musician ) was formed in 1984 and the first album "Highways to Zion" was recorded. Three albums in total - all with an emphasis on contemporary praise and worship - were produced over the years 1984 - 1987.

My foray into the world of music ministry was about to take a major shift. In 1987 my wife Pam and I left New Zealand to help pioneer a church in Hawaii with an American evangelist Joe Robinson. We spent 3 years in the States before returning to Auckland, New Zealand, to plant a new church - Joy Christian Fellowship. In March 2004 the church was renamed Pursuit Church - a passionate people in pursuit of His Presence. The vision for our church includes a strong emphasis on worship. Praise is the love call of the saints, and we believe this call will intensify the closer we get to the Lord's return.

In 1997 the Lord spoke to me and said He wanted to use me to turn people's hearts back to Himself, and that the songs He gave me were for this purpose. The Secret Place is my response to this call. Over the years I have released a number of albums to aid people in finding their own secret place with Him. It is my prayer that you will find Him in these songs, and that your heart will be captivated by His love for you.